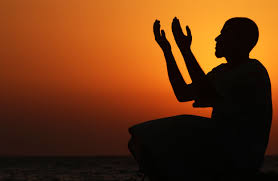 Among the scholars who appeared in Yemen in the twelfth century, Imam Muhammad bin Ismail Al-San’ani, may God have mercy on him, was Mujadid, had a long tradition in the Hadith’ science, and left a huge legacy that exceeded three hundred books he had a great impact on the Reformation of Islamic society in Yemen and South Asia.

Islamic jurisprudence received wide great attention from Muslim scholars who did not spare an effort to derive rulings from the Book of God Almighty and the Sunnah of his Prophet.

Brief summary of his life and the society in which he lived:

Imam Ibn al-Amir al-San’aani lived in the twelfth century AH, seventeenth to eighteenth centuries CE, a period of Yemen’s independence from the Ottoman Empire.The Yemeni society was at that time separated into several classes and castes ,the highest of these classes where those who were the Sayyids,Qazis and those who were associated with the Ruling Family .Then we’re the craftsmen, farmers, and merchants, which represents the majority of Yemenis, and most of these people used to work in several different occupations such as carpentry, blacksmithing, farmers and other occupations, then the last layer, which is the layer of Slaves , who formed the lowest class in society and work in hard jobs.

Imam Ibn Al-Amir Al-San’aani was born on Friday night, half of Jumada Al-Akherah in the year 1099 AH. Then he moved with his father to the city of Sanaa in the year 1107 AH and he grew up in it until he died, and this is why he is called Al-Sanani .

His father, Sayyid Ismail bin Salah al-Amir, who was born in the city of Khwlaan in the year 1072 AH and achieved jurisprudence and statutes, studied and became famous for science, austerity, generosity, and softness .He moved with his family to Sana’a, Yemen in the year 1108 AH, and died in Sana’a in the third Dhu al-Hijjah 1146 AH (11).

His students, the books of biographies mentioned many numbers of those who were disciples of Ibn Al-Amir, the most famous of whom are:

Abdul Qadir bin Nasser bin Abdul Rab was born in the month of Dhul Qi’dah in the year 1135 AH.

Sayyid Muhammad bin Ishaq bin Al-Imam Al-Mahdi was born during the fifteenth of Wednesday night, from Dhu al-Hijjah in the year 1090 AH.

As for the writings of Ibn Al-Amir Al-San’ani and his scientific heritage, he has many books exceeding three hundred. Among his most important books: