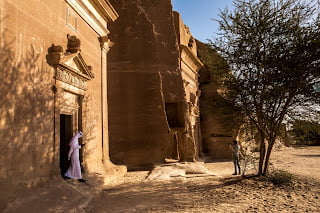 His name “Al-Khiraqi”: They would sell clothes and rags (Khiraq), thus, the name. No one else from the scholars of the Hanabaliah have this ascription besides him and his father (d. 299 AH) who was famously known as “The Successor of al-Marrudhi رحمه الله تعالى” as he used to always stick to him. It is not known from which tribe they are from.

He was one of the first and most celebrated of Hanbali fuqaha. He was first guided into the Madhab of Imam Ahmad رحمه الله تعالى by his father Abu Ali Khiraqi رحمه الله and he knew the two sons of Ibn Hanbal رحمه الله namely Salih bin Ahmed and Abd Allha bin Ahmed. Imam al-Khiraqi’s only work which had been preserved to this day is his famous Muktsar, his father Abu Ali related hadiths from several people including Abu Umar Duri al’Muqri, Amr bin Ali Al-Basri ,al-Mundhir bin Walid Jarudi al-Koofi and Muhammad bin Mardas Al-Ansari.

The social and political condition of Baghdad that time:

During Sherzad’s term as Amirul Omara ,riots erupted in Baghdad and Muʿizz al-Dowlah invaded it. Sherzad escaped and went to the Banu Hamdan in Mousil and Muʿizz al-Dowlah then had coins minted in his name and began to rule over Baghdad with heavy hand. After some time he was informed that Caliph Mustakfi Aal Abbasi was conspiring against him.

On that occasion ,the ambassador of the Governor of Khorasan arrived and an open court was held .Muʿizz al-Dowlah beckoned to two Daylami solders and they moved forward. The Caliph thought that they were going to kiss his hands so he extended it. They caught hold of his hand and pulled him down from the throne and arrested him. No one dared to utter a word. Muʿizz al-Dowlah went home.

The Zaydii (Shiite) Daylamis brought the Caliph by dragging and humiliating him to Muʿizz al-Dowlah. Then blinded the Caliph and put him under house arrest. This occured in Jumadi awwal 334 Hijri. All Deylamis were Zaydi Shis (of Jarudia sub sect) because they had accepted Islam through Zaidi Imam Atroosh. The Buwahid dynasty surpassed all other Rawafiz in excesses and prejudice except Safawis who just followed their path.

Having humiliated, deposed, imprisoned and blinded the Caliph Mustakaafi Aal Abbasi. Muʿizz al-Dowlah wanted to enthrone the Zaydi Imam of Tabaristan as the Caliph. However one of his advisers prevented him from doing so and convinced him saying:

“if you make Zaydi Imam as a Caliph all Deylamis would believe that he deserved to be a Caliph due to his Sayyid lineage and they will prefer to obey him instead of you. Whatever influence you have on the Daylamis ,it would not last nor would your government and glory survive. The Sunnis who form predominate majority all over the Empire will revolt and it would be very hard to put down a Sunni rebellion based on their religious sentiments. It is better to put an Abbasid on the throne so that all the Shittes will consider him to undeserving while the Sunnis will continue acknowledging him as a Caliph and will not think of rebellion, by this all Shittes and Daylamis will be obedient to you. This way Shitte power will continue in Baghdad.”

Therefore Muʿizz al-Dowlah called Abul Qasim Fazal bin Muqtadir Abbasi and entitled him Moti Lillah ,put him on the throne ,and appointed Abu Muhammad Hassan bin Muhammad Muhallabi minister to the Calip. Nasir al-Dowlah bin Hamdan had captured Mousil and most of the Northern Syria by his brother Sayf .Nasir al-Dowlah bin Hamdan and his brother Sayf al-Dowlah both established the Shia Emirates .When Nasir al-Dowlah came to know that Buwahids had taken control of Baghdad ,he left Mousil with an army and arrived at Samma’rah in 334 Hijri. Hearing this news Muʿizz along with Moti Lillha reached the western part of Baghdad while Nasir al-Hamdani Camped in the Eastern part . Fighting began but ended in reconciliation between them on the condition that they both will strive to work to the strengthening the Shia cause and do away with the Sunnis once for all.

Muʿizz had his grand daughter married to Nasir Hamdani’s son Abu Qasim. He revolted against Muʿizz in Basra but was defeated. Muʿizz then made his mind and invaded Mousil which was under Nasir Hamdani’s control. Nasir could not stand the pressure and went to Naysabun. In the meantime Muʿizz’s brother Rukn sent news that Khorasani army had attacked Jurjan and Rayy (south Tehran), so he should send an army quickly. Muʿizz reconciled with Nasir again on the terms of common Shia cause .Muʿizz had a very large palace constructed for himself in the Shia neighourhood of al-Karkh in Baghdad.

At night Hassan bin Muhammad al-Muhlabi indicated to Muʿizz al-Dawlah to delete it for it might cause a massive backlash from the Sunnis and replace it with the following; “May Allah curse all those who oppressed the family members of the Nabī عليه سلام, he should not mention in the curse anyone except Muʿāwiyah رضي الله عنه , and he did the same.”

In the year 352 A.H, Muʿizz al-Dowlah لعنت الله ordered that on 10 Muharram all shops must be closed to mourn the martydom of Sayyidina Hussain bin Ali رضي الله عنه , buying and selling should be suspended ,the rural and urban people should wear mourning attire and lament in public. Women must come out into streets and markets with their hair undone, faces blackened by mud, clothes torn, reciting eulogies and beating their chests.

The Rafizi of al-karkh neighborhood obeyed this order willingly but Muslims were stunned into silence. The next year the same order was issued and Muslims were all ordered to carry it out. They could not tolerate this and a major riot between the Rafizis and Muslims erupted. The policies of the cursed Muʿizz al-Dowlah did not stopped here ,he ordered to celebrate the death anniversary of Ameer al-Momineen Usman bin Affan رضي الله عنه 17 Zil Hijjah as Eid , Similarly he ordered the public celebration on the death Amer al Momineen Omar bin Khattab رضي الله عنه. He build magnificent shrines over the graves of Banu Ali bin Abe’ Talib and decorated them with gold ,silver and curtains ,he ordered massive distribution of Shia literature for free ,appointed Shia all over his realm and tore down the mine rates of the mosques build by Ummayids and Abbasids. Descreted the graves of Abbasids and many Sunni ulama, with all this happening in Baghdad, it became impossible for the orthodox Muslims to live in Baghdad .

His Hijra to Damascus and death:

Since Imam al-Khiraqi was from Baghdad and the Rafidah power was so strong that the Sahabah were being cursed from the pulpits, therefore he moved to Damascus. Before moving he left his books under someones trust and they were stored away. One day after a fight the place caught fire and all his books were burnt except this book (Mukhtasar al-Khiraqi).

He passed away in Damascus. His death was a result of him always forbidding the evil, due to which he was beaten by the people of Damascus until he died.He was buried at Bab al-Saghir opposite the Jarrahi mosque.

May Allah have mercy upon him.

He wrote this book after Abu Bakr al-Khallal (d. 311 AH) wrote Jami’ al-Riwayat. In the book he exercises his Ijtihad in choosing the most correct opinion from the different opinions that were narrated from Imam Ahmad (r).

“None of the books (of this Hanbali Madhab) were served nor given as much attention as this book. Ibn ‘Abd al-Hadi said in al-Durr al-Naqi that his teacher ‘Izz al-Din al-Misri said,

‘(The Mukhtasar of Al-Khiraq has 300 commentaries written on it.’

He also said in al-Maqsad al-Arshad that Abu Ishaq al-Barmaki said, ‘The number of legal issues found in (Mukhtasar) al-Khiraqi is 2300. In short, it is an amazing text; no other legal text gained as much fame as this text amongst the Mutaqaddimin (ancient Hanbali scholars).

Abu Bakr ‘Abd al-‘Aziz, the Ghulam of al-Khallal (d. 363 AH) wrote in his copy of the book, ‘In his Mukhtasar, Al-Khiraqi disagreed with me in 60 legal issues.’ He didn’t mention which ones.

“I looked into the differences between the two (the opinions of Ghulam al-Khallal and al-Khiraqi) and found that it was 98.” He then mentions them briefly.

A lot of work has been done on this book from commentaries and footnotes to rewriting it in a poem and addition more legal issues. Books were also written explaining just the technical terms found within it whilst other books were dedicated in extracting and referencing the Ahadith that were behind these issues.

Scholars who wrote commentaries on the book:

10) Muwaffaq al-Din Ibn Qudamah (d. 620 AH) in al-Mughni. This is the most famous commentary on Mukhtasar al-Khiraqi (published)

16) Al-Zarkashi (d. 772 AH) (published). He has a second commentary which he summarised from his first commentary but he didn’t complete it.

From those who rendered Mukhtasar al-Khiraqi into a poem:

2) Hasan al-Sunnah Abu Zakariya Yahya b. Yusuf al-Sarsari (d. 656 AH) called “al-Durrah al-Yatimah wal Mahajjatul Mustaqimah” (published). It is a poem that ends on the letter “Dal”. It has 2775 couplets and is published.

It was explained by Muhammad b. Ayyub al-Tadhiqi al-Hanafi. This is extremely strange as he is a Hanafi explaining a Hanbali legal text written in poetry.

Ibn Badran has an explanation on the The Chapter of Inheritance from the poem in his Kifayatu-l Murtaqi Ila Fara-id al-Khiraqi which is also published.

From those who further abridged Mukhtasar al-Khiraqi:

From those who added more legal issues onto the text:

From those who explained the rare words found within Mukhtasar al-Khiraqi:

He also has a book in which he extracts and references all the ahadith linked to text called Al-Thaghr al-Basim Fi Takhrij Ahadith Mukhtasar Abi-l Qasim.”